A Nepali farmers rest under a tree as they treck their way along the narrow paths that lie between villages instead of roads in the Maoist controlled district of Rukum . Among the conditions that Nepal offers for a revolution, not only is there no democratically elected government, but farmers still have few roads or schools and live under a feudal systemwhere a handful of rich landlords exploit millions of poor. (AP Photo/Elizabeth Dalziel) 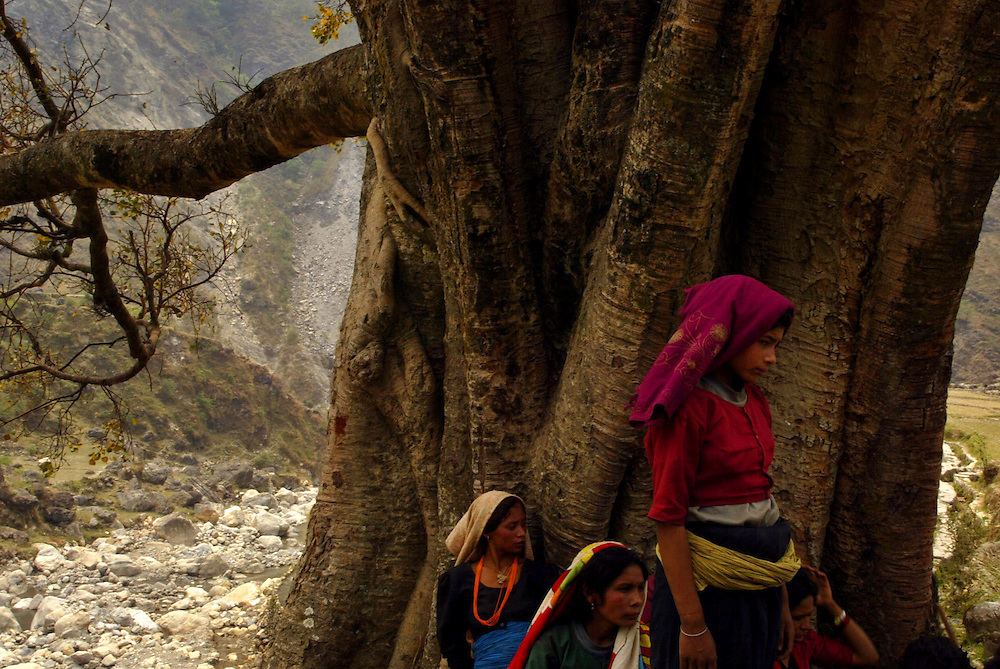