A hand painted movie billboard announces the showing of a Bollywood film in a popular movie theater amid the bustle of the red light district in Bombay India, Dec. 8, 2004. Bombay's film industry may be the most prolific in the world, but unlike it's American counterpart, much of the work is done on a shoestring. The city churns out hundreds of films a year on its celluloid production line. And while Hollywood has millions to spend on marketing and advertising, in Bollywood, many of the billboards for the biggest releases are painted by hand. It's a dying art, but one that has a romance all of its own. Rather than ripping down a poster once a film has stopped its run, Bombay's dwindling troupe of billboard painters simply cover their last masterpiece with the artwork for next week's big release. 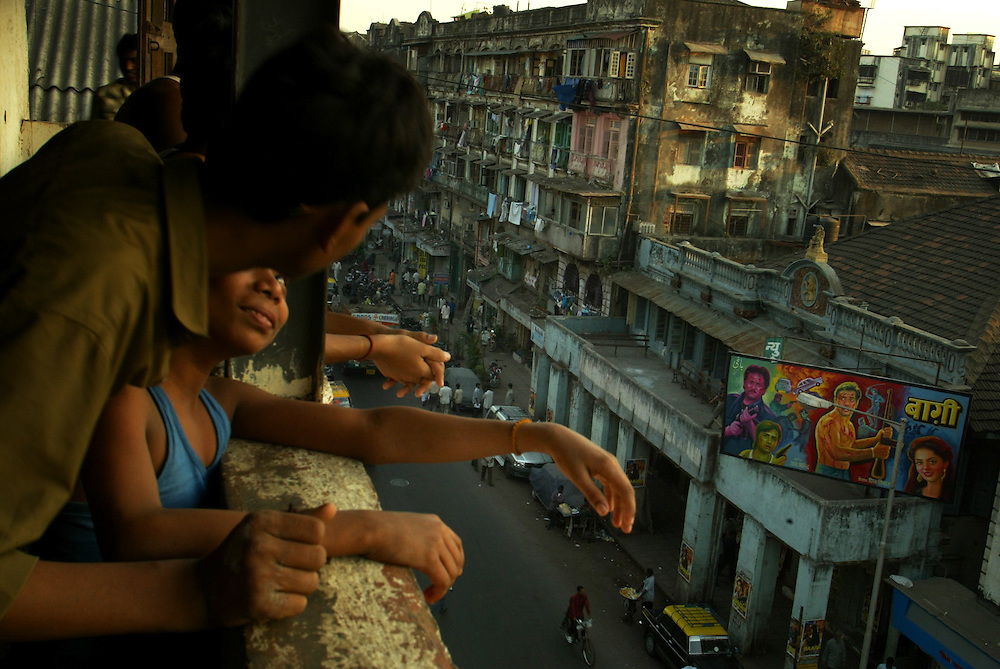