A middle-aged petitioner from the countryside his head and shirt bloody, is carried away by police and paramilitary police at Tiananmen square in Beijing, China, Thursday, March 5, 2009. Police detained about two dozen people, among them a group of women from a central China village who had come to Beijing seeking redress for the murder of a family member. Widespread frustration with the petition system is simmering and in several recent cases has boiled over, with a handful of people making desperate bids for attention.The peak season for the pilgrimages is the beginning of March, when China's lawmakers gather in the capital for their once-a-year legislative session. In an acknowledgement that the petition system is in crisis, China's Premier Wen Jiabao vowed to improve legal channels for grievances. 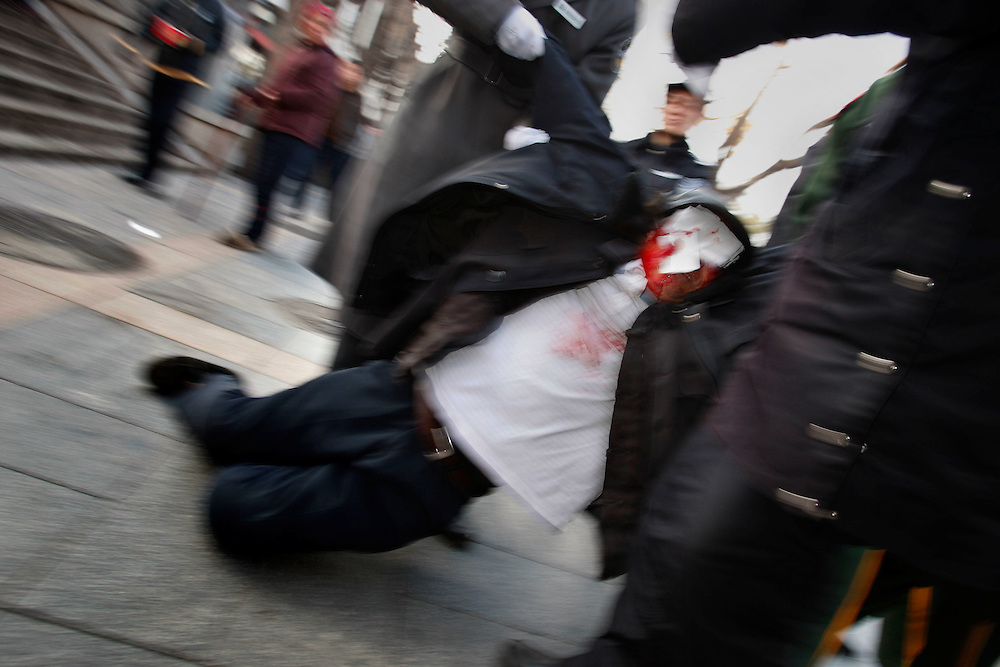