Private forms of commerce, not seen in the model village of Nan Jie Cun, as people peddling food in the streets line up outside the walls of the city, a stone throw away from the model village in China, Wednesday, Aug. 26, 2009. Nan Jie Cun village in central China's Henan province advertises itself as a commune which continues to adhere to the communist teachings of Mao Zedong, who founded the People's Republic 60 years ago. The village's industries are collectively owned. Workers receive bonds, instead of currency, and housing and healthcare are free. They sing revolutionary songs and march to work in lines. Despite being out of step with the rest of today's China, the village's industries are a success, and more than 7,000 migrants have requested to work at Nan Jie Cun. 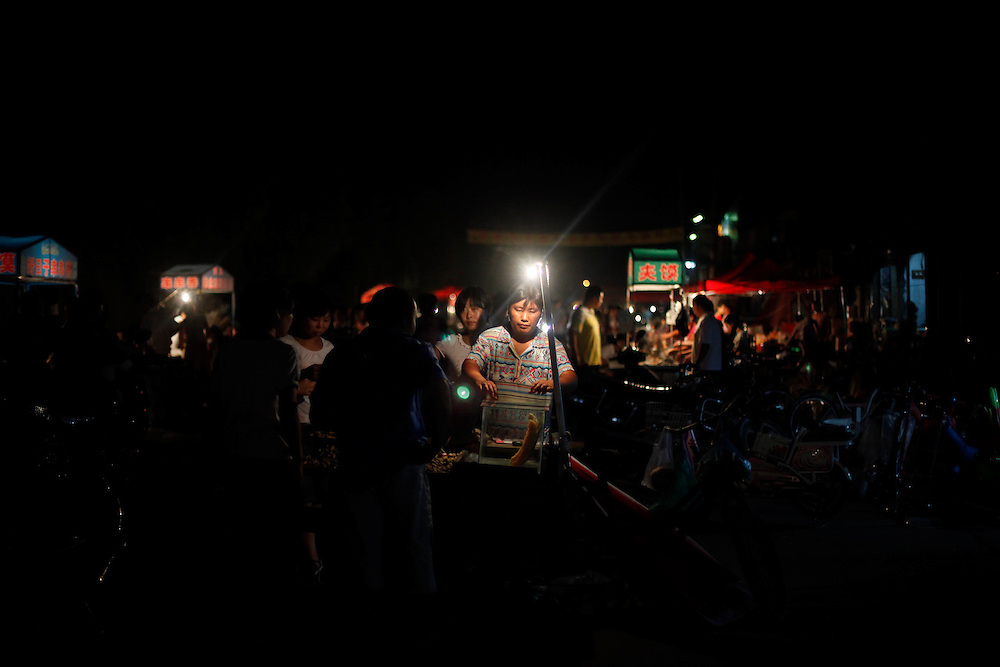