Pedestrians walk along side high rises in Beijing, China, Tuesday, Oct. 28, 2008. Block after city block, towers of concrete, steel and glass fill the skyline teeming and congested, the intensely urban landscapes of China's biggest cities show a glimpse of what the future will hold for the rest of the country. In the sprawling megacities of Beijing, Shanghai and Chongqing, where populations exceed 10 million people, extreme urban density means that the number of people living within a few square blocks here is equal to the population of entire mid-size U.S. cities. China's urban population soared to 607 million people last year _ nearly equaling the 700 million living in the countryside. The country's headlong plunge toward urbanization continues unabated as tens of millions of migrants from the countryside flood to cities in search of money, jobs and other opportunities. 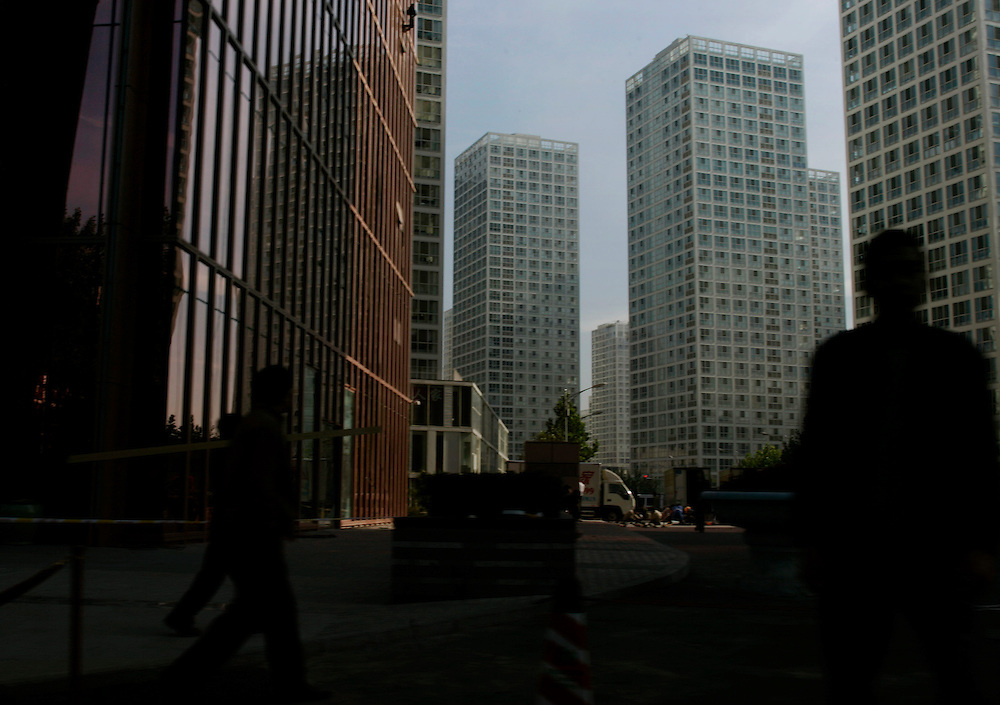