A Chinese paramilitary Police helps Chinese police clear the scene where petitioners threw written accounts of their grievances near Tiananmen square, in hopes to have their case seen and heard by a larger audience, after failed attempts to have their cases heard at the Petition's office in Beijing, China, Tuesday, March 3, 2009. Many Chinese have come from around the country to Beijing seeking redress for problems with local officials, flocking to the capital to coincide with the annual National People's Congress session. Their numbers commonly increase ahead of the meeting, and they are often followed by local police to the capital and taken back home. 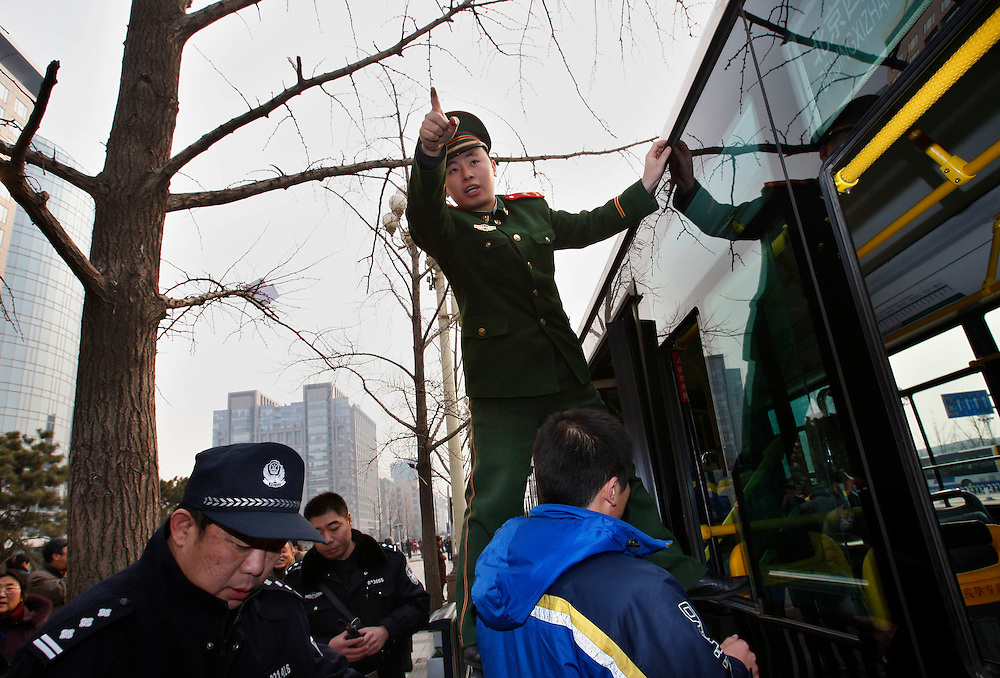