Workers unload electronic waste from trucks as seen from a hidden position inside of a vehicle, in an area where much of the world's electronic waste _ from cell phone chargers to mainframe computers _ ends up in Guiyu and other small towns like it in eastern China, Thursday March 16, 2006. Workers, many of them poorly paid migrants strip, smash and melt down circuit boards, mainly to extract the copper and other precious metals inside. The business has created massive pollution from leaded glass and other toxic materials. China's growing consumption of computers, cell phones and other gadgets poses new challenges, which much of the waste ending up in Guiyu and similar areas now coming from within the country. 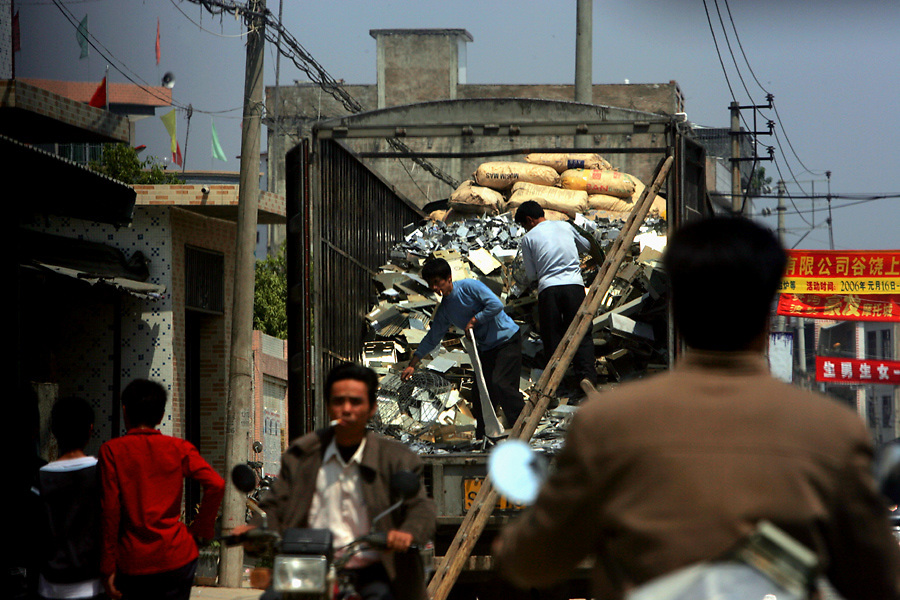