Villagers and Maoist soldiers dressed in civilian clothing play carrom ball after some troops belonging to the 2nd batallion made descended from the mountains in the village of Kholagaun, in the Maoist heartland of Nepal Wednesday April 21, 2004. In the mountains of Nepal, one of the world's last full-blown Maoist revolutions is thriving/forging ahead/gaining ground. The doctrines of Mao, the Chinese communist leader who believed in communism via an empowered peasantry, have found new life in the farm fields of this Himalayan kingdom. The rebels contend their revolution _ which has cost more than 9,500 lives _ is only possible through the barrel of a gun. 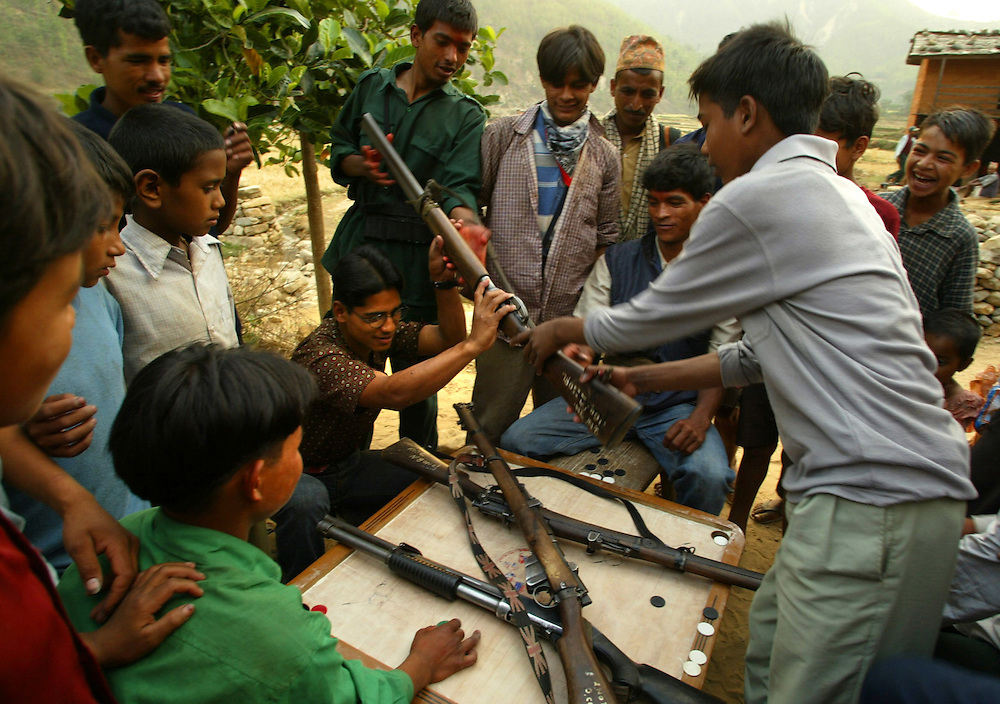