A monk sits among fellow delegates at a plenary session of the Chinese People's Political Consultative Conference, at Beijing's Great Hall of the people Beijing, China, Saturday, March 7, 2009. China's National People's Congress is a largely powerless body but it represents one of the country's last displays of old style communism. Ethnic minority delegates from around the country attend the meetings wearing traditional costumes, a conceit which allows the government to argue that the nation's different cultures co-exist harmoniously. Little is decided at these gatherings though. The NPC functions largely as a rubber stamp body for policies put forward by the Communist party's elite. 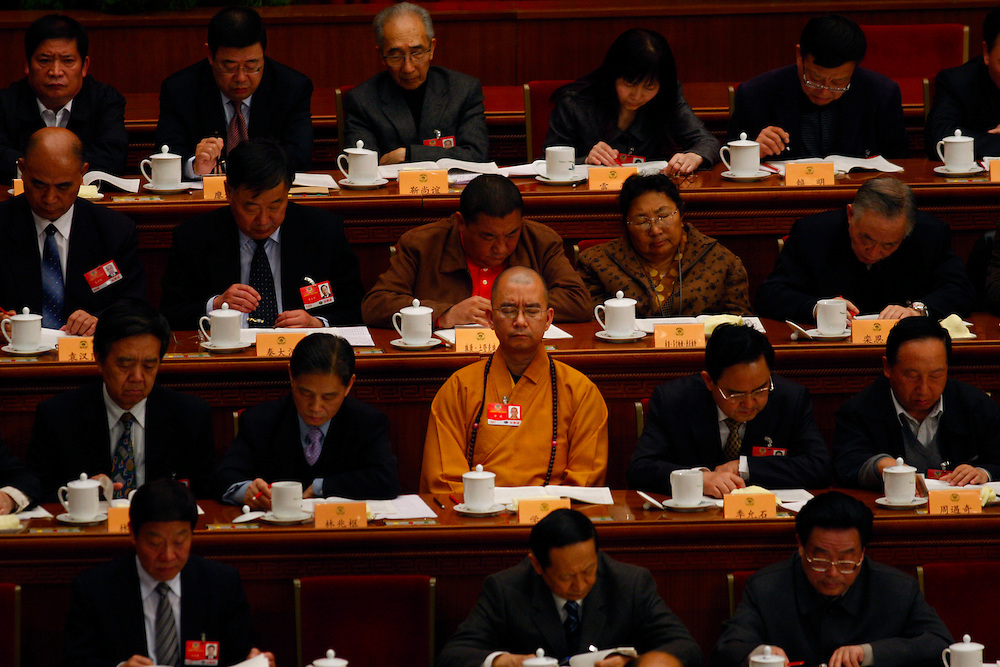