A villager shows a picture of the late King Birendra of Nepal, who was murdered in alongside 10 other members of the royal family in 2001, is seen in a heart shaped window in the wallet of a villager in the district of Rukum, viewed as the Maoist heartland Friday April 23, 2004. The Maoists, who say they are inspired by Chinese revolutionary leader Mao Zedong, have been battling since February 1996 to replace the monarchy with a communist state. The current Nepali King Gyanendra, faces besides tackling the insurgency, daily protests in the capital for dumping a democratically elected government in 2002. 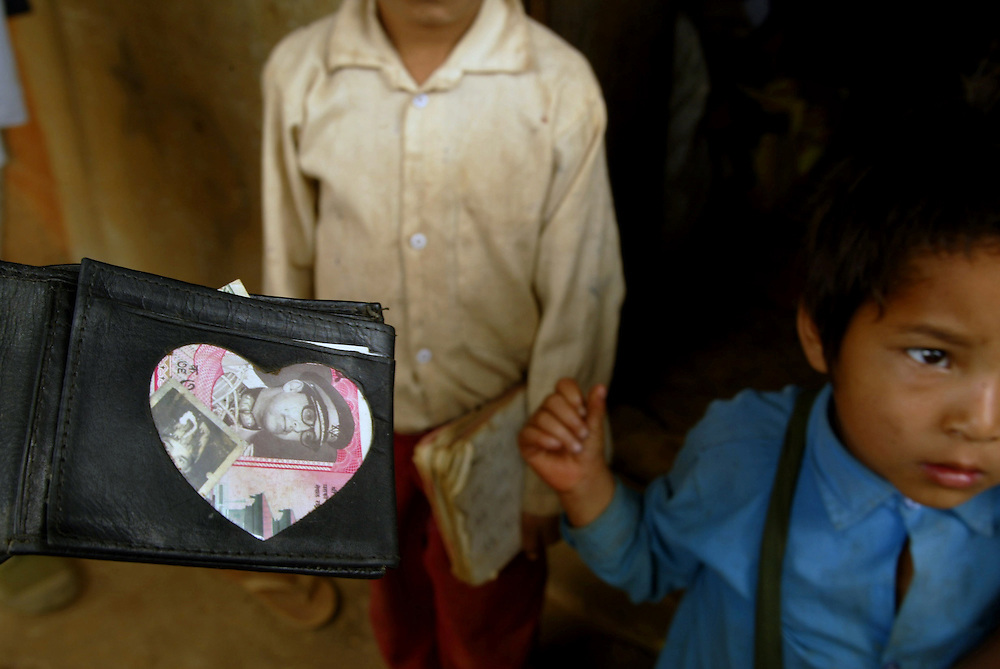