Piled up discarded keyboards lie in waiting in an area where much of the world's electronic-waste _ from cell phone chargers to mainframe computers _ ends up in Nanyang, Guiyu and other small towns like it in eastern China, Thursday March 16, 2006. Workers, many of them poorly paid migrants strip, smash and melt down circuit boards, mainly to extract the copper and other precious metals inside.The business has created massive pollution from leaded glass and other toxic materials. Such pollution could be mitigated by moves to recycle and properly dispose of so-called electronic waste that are gaining ground in the West. A European Union law requires manufacturers to recycle junk electronics free of charge, although policies in the United States are fragmented in different areas. 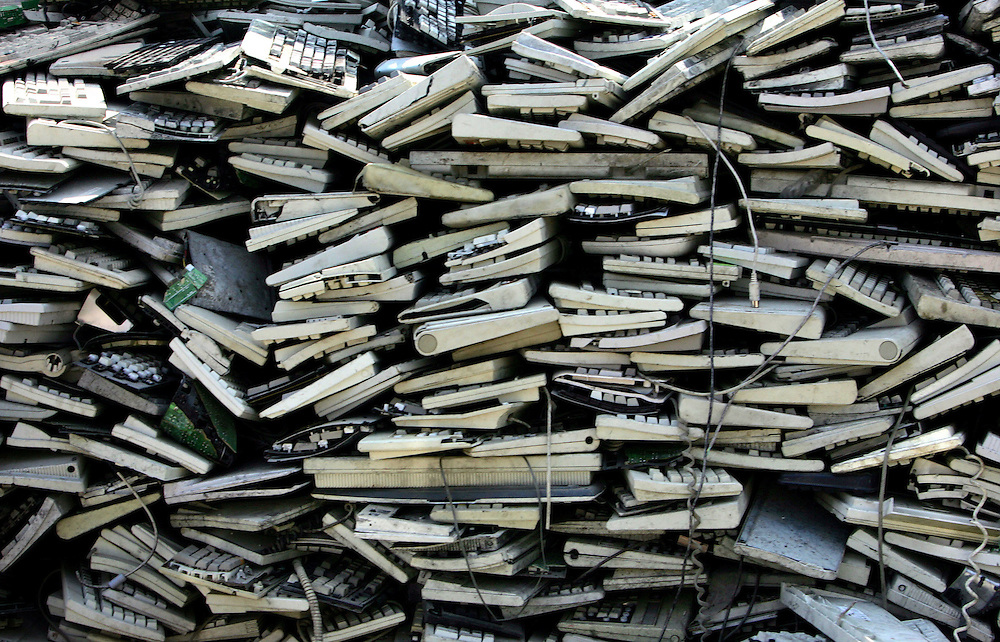