Armed Troops from the 2nd Battalion dance alongside villagers after descending from the mountains in to the valley to take part in a cultural program and remembrance ceremony in the village of Kholagaun, in the Maoist heartland of Nepal, Thursday, April 22, 2004. Although more than 600 people have been injured in battles with the police and the street protestors, the five major political parties continue their demonstrations, demanding that King Gyanendra dismiss the government appointed by him, and allow new elections or form a government led by the major parties in the last Parliament. 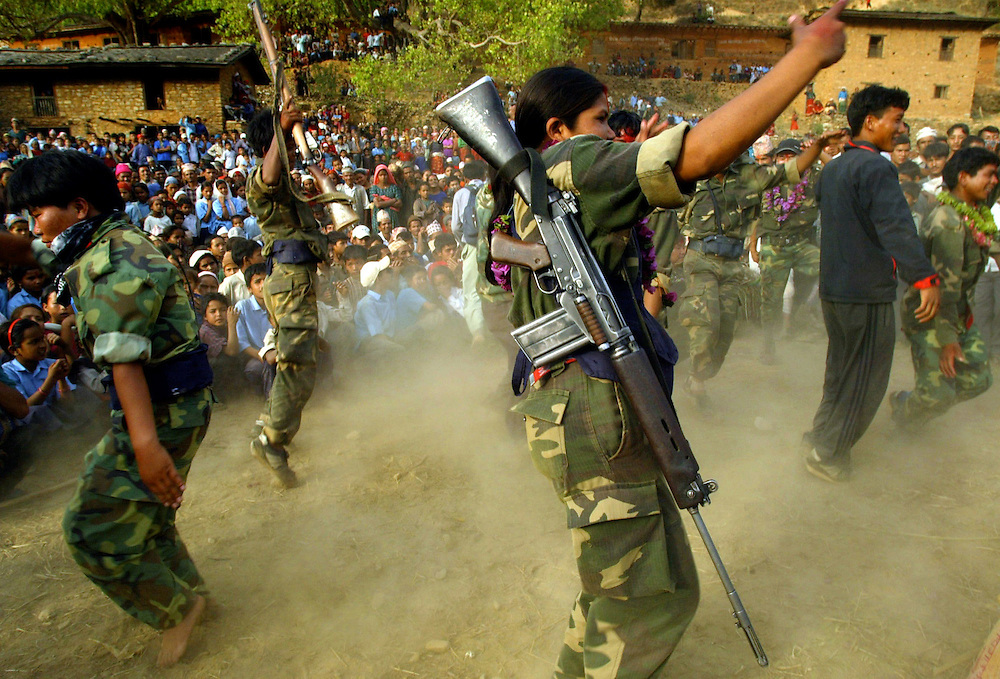