The Puppet of "Hanu" an ET Indian like character is taken by a prop assistant to the top of a hill, as a child actress waits for him to do a the retake of a scene in Film City in the outskirts of Bombay, India Dec. 7, 2004. Bombay's film industry may be the most prolific in the world, but unlike it's American counterpart, much of the work is done on a shoestring. The city churns out hundreds of films a year on its celluloid production line. 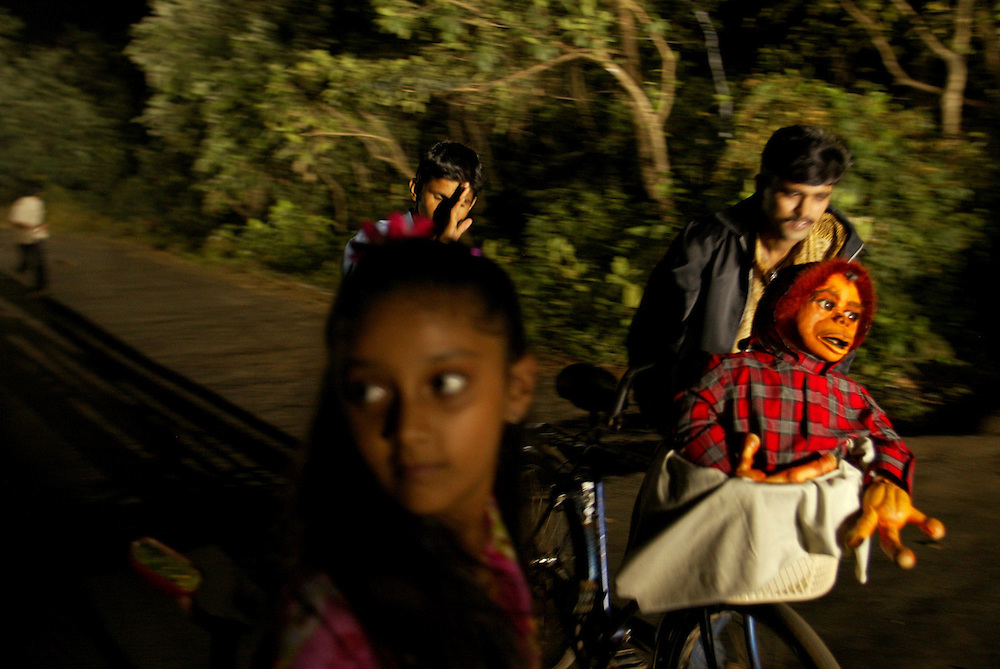