Chinese petitioners throw written accounts of their grievances in the air at a busy shopping street, near Tiananmen square, in hopes to have her case seen and heard by a larger audience, after failed attempts to have their cases heard at the Petition's office in Beijing, China, Tuesday, March 3, 2009.Widespread frustration with the petition system is simmering and in several recent cases has boiled over, with a handful of people making desperate bids for attention. The peak season for the pilgrimages is the beginning of March, when China's lawmakers gather in the capital for their once-a-year legislative session. In an acknowledgement that the petition system is in crisis, China's Premier Wen Jiabao vowed to improve legal channels for grievances. 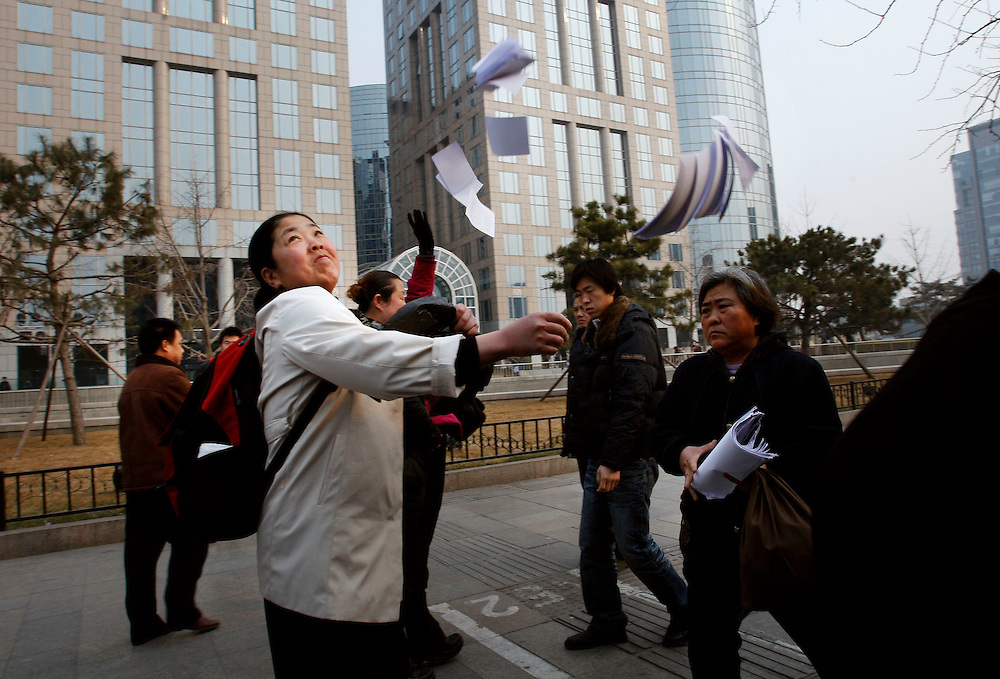