A Chinese child is fed instant noodles at a food stall at the Olympic green in Beijing , China, Wednesday, Aug.20, 2008. It is one of the strangest things about the Olympics: From far away, it looks very close.Watching the Olympics on television, the athletes are right in front of you. Up close, though, it's normally a different story. From the spectators' stands, the athletes are often just distant specks amid the enormity of some of the largest sports stadiums in the world. And there's so much else to grab your attention. There are snack bars,Coke machines, and life-sized cutouts of Chinese athletes with which you can pose. There are parades of Fuwas, the Olympic mascots. There are dancing fountains in front of the Water Cube, and thousands of volunteers to help you out. 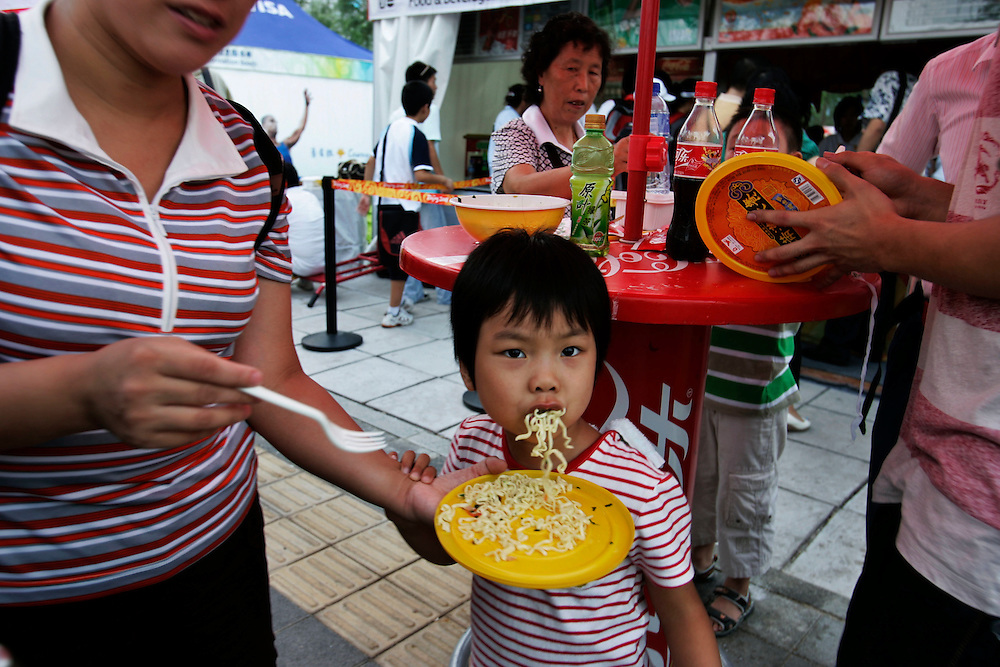