A young farmer trecks home in the Maoist controlled district of Rukum Friday April 23, 2004. Farmers in the lush rebel heartland of this poor Himalayan kingdom say they joined Maoists in their revolution to topple the monarchy as they yearn for their children to have more. That revolution began in the hills of Rukum and the three surrounding districts, which are among the country's poorest. There are no roads, few schools and people subsist on farming. 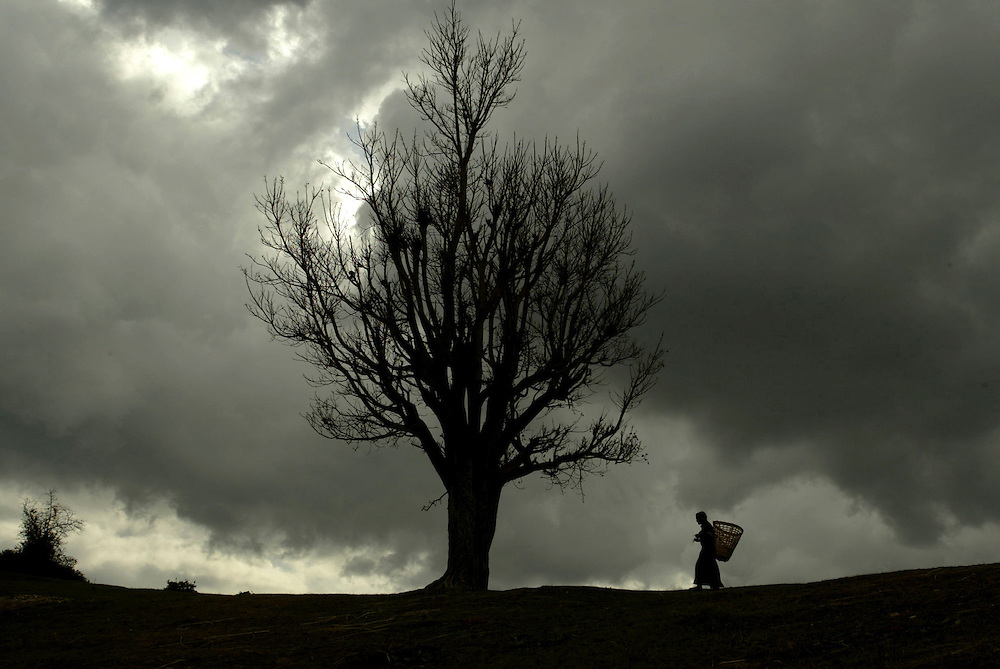