Hao Lulu, famous in China for her drive to transform herself through plastic surgery shows off her buttocks implants to her doctors before undergoing her 22nd operation in Beijing, China Aug. 24, 2005. An Estimated one million Chinese people per year flocking to plastic surgery as a way to boost their confidence as expendable incomes grow. Fueling the trend is a desire to compete in a rapidly changing society where image and first impressions count and social stigmas on buying perfection are few. A few decades ago, a Chinese woman could have been denounced and maybe even beaten for wearing lipstick, much less undergoing surgery to improve their looks. In the 1960s and 1970s, the closest thing to a Chinese beauty ideal was Liu Hulan, a robust 15-year-old country girl with a practical bob and not a trace of makeup who was decapitated by the Nationalists when she refused to name her fellow Communists in 1947. 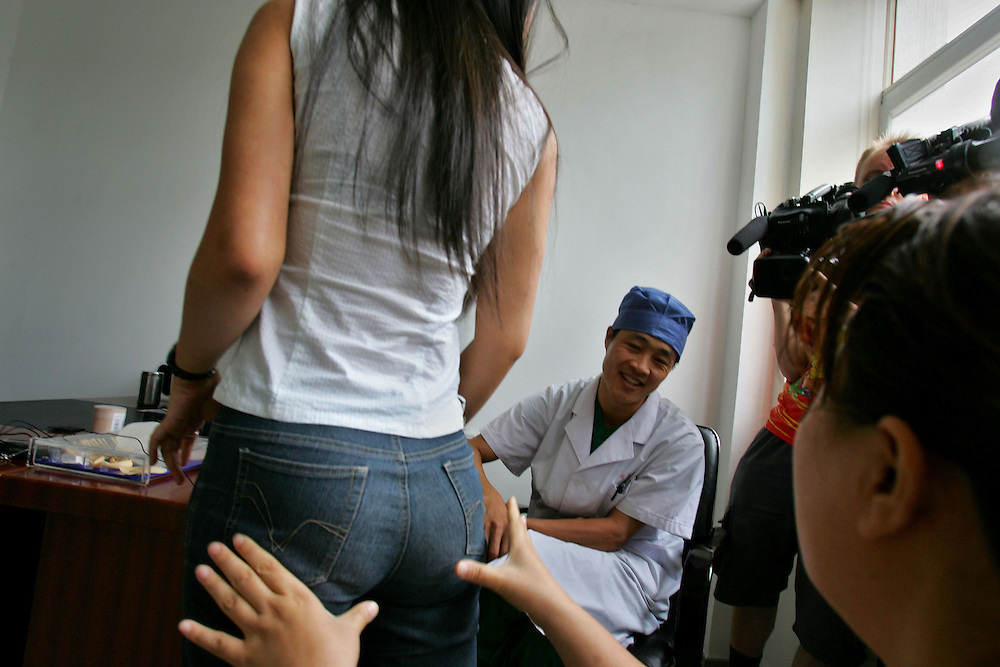